While working at Fisher this past summer (and just before starting Magnetry) a few of us worked on the campaign for the Phoenix Suns for the 2014-15 Season. Fisher has a history of creating great work for the team, so we were honored to creative direct the campaign with them. They were considered to be one of the best design shops in the region, so make sure to check them out. But here’s some of the work we created together.

We had to follow-up last year’s campaign called Ignite the Future and present a toolkit to internal and external stakeholders. Landing on Fuel the Fire for this year’s theme and crafting the look of the campaign gave everyone the tools they’d need to generate all the work for the year.

Fueling the Fire all over the city.

We did everything from the season-opener player intro video to social content to traditional media. It was a lot of fun, especially when we had the chance to shoot a little hoops on the court. My twelve-year-old self would have died on the spot. A few weeks before opening tip off, we started Fueling the Fire all over the city. And by the time we opened the season versus the Lakers, fans had already started to adopt the phrase for themselves.

We had the pleasure of working with three players and Coach Hornacek for the year's campaign. Shot in just one day, we tried to capture the spirit of each player while staying true to the campaign theme.

The focus of the campaign was bringing the passion of the young players to the forefront. Having just missed the playoffs, this could be the difference in Coach Hornacek's second season. Connecting that passion with the passion of the fans was an obvious solution.

It was a wild season both on and off the court.

The Suns had a turbulent year, but we always managed to have fun with it; presenting ideas to match the personality of the players and better connect them to the city's fans. Including this little idea where users could bob their heads along with IT's favorite tunes. 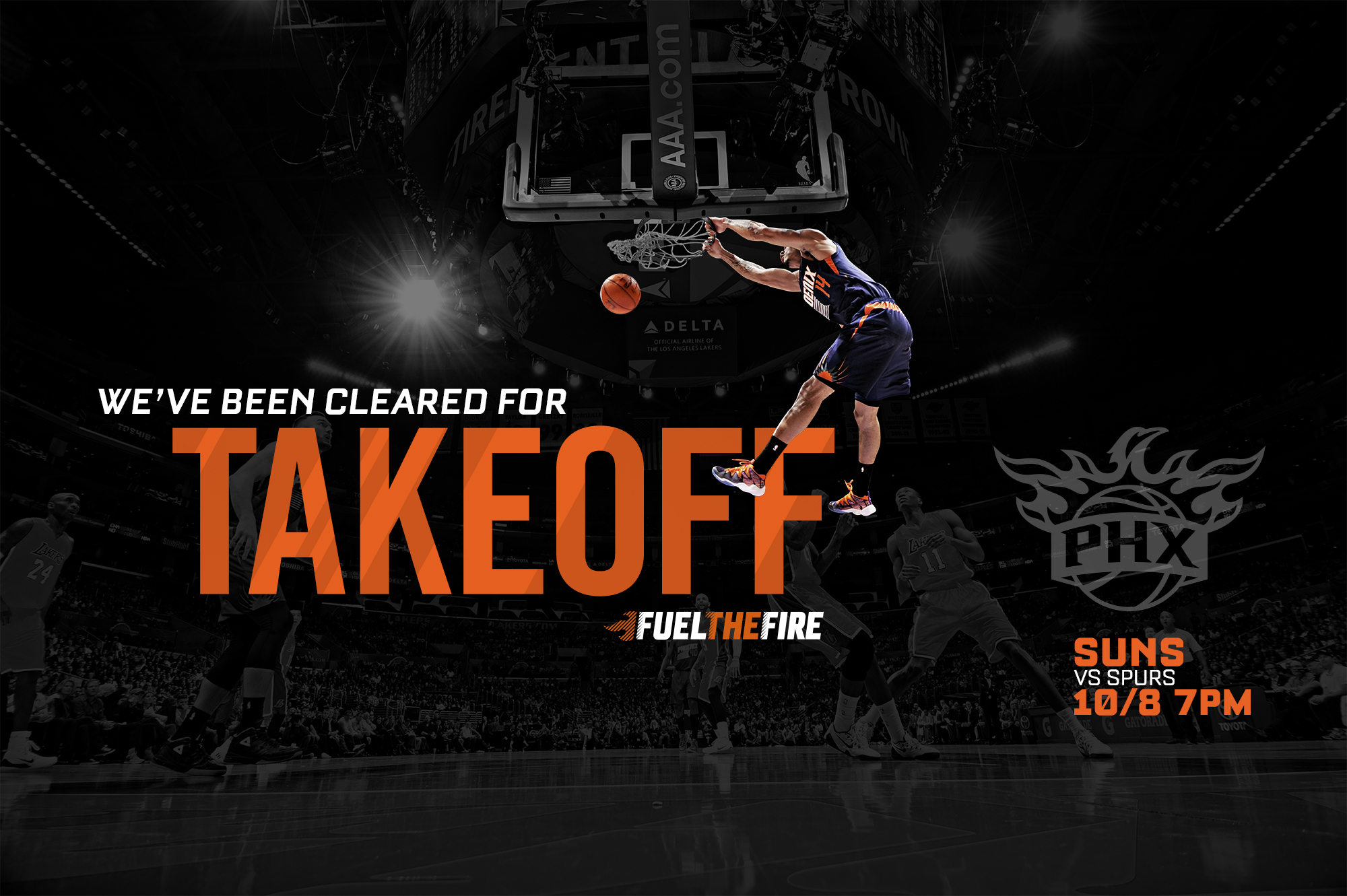